The Jackson Christian Eagle Marching Band will host our second annual band competition, “The West Tennessee Small Band Championship,” on October 21, 2023. We will accept twenty bands into competition. Admission is $10 cash at the gate. A schedule will be provided in Oct. 2023. 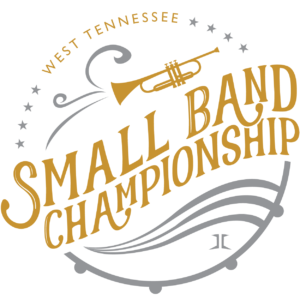 Alex Sears is entering his 12th year of teaching and his 3rd year as the Director of Bands at the new Rockvale High School in Murfreesboro, TN. Prior to his appointment at Rockvale, he served as band director and taught marching bands at Siegel High School, Eagleville School, and Marshall County High School. During his time at these schools, his ensembles regularly achieved superior ratings at competitions and festivals including multiple BO Regional Finalist appearances, a US Bands Regional Championship, and being named Reserve Grand Champion and Honorable Mention at the Contest of Champions at MTSU. In addition to teaching, Alex is also an active composer and arranger of wind books for both marching band and indoor winds. Ensembles he has written for have been named finalists at the Tennessee Division 2 State Band Championships and have earned medals at the SCGC Winds Circuit Championships. He currently serves as a staff arranger for South Coast Music and Design.

Scott, a 2012 Dove Award winner who also recorded on a 2009 Grammy Nominated Recording Project, is a trumpet player who has made quite a mark as a musician in L.A. and Nashville.  He has played lead trumpet for the FOX Reality Show “Next Great American Band,” finalist “Denver & The Mile High Orchestra” for many years ,as well as worked on jobs with the Paul Cacia Jazz Orchestra, Louie Bellson, Bill Watrous, Natalie Grant, Casting Crowns, Jimmy Smith, Milt Bernhart, Pete Rugolo, Bobby Shew and many others. In 2013 Scott performed at Carnegie Hall as principal trumpet with the Mannhattan Pops Orchestra as well as an artist appearance with Denver & The Mile High Orchestra on the same night. In his youth, he performed as a Soloist for The Blue Devils Drum & Bugle Corps and The Freelancers Drum & Bugle Corps.

Chris Lowry is one of the band directors at Rockvale High School in Murfreesboro, TN. He holds a Master of Music degree in Wind Band Conducting and a Bachelors in Music Education from Middle Tennessee State University.

Mr. Lowry currently performs on the Titans Blue Crew Drum Line. He marched in the drum line of the Cavaliers Drum and Bugle Corps in 2014, and with Music City Mystique Percussion Ensemble in 2013 and 2015. He is an Innovative Percussion Artist.

Mr. Lowry is a member of the National Association for Music Education, Tennessee Music Education Association, and is the webmaster for MTSBOA. He resides in Murfreesboro with his wife Rebecca and sons James and Isaac.

An active designer and adjudicator, J.R. Seals considers himself first and foremost a fan of the marching arts activity! His concepts have entertained, provoked, and inspired generations. His engagement is rooted in a selfless desire to maximize each and every performance.

His contributions have produced numerous successes at the regional and national level. From 2001-2018 he led the creative development of Union City High School in Union CIty, Tennessee. During his tenure the program earned Ten Bands of America Regional and Super Regional Class Championships. He owns JRSeals Concepts and is the founding editor of TennesseeMarching.com. J.R. resides in Union City, Tennessee.

Adrian Baker is a Middle Tennessee native, currently serving as the Assistant Principal at Sycamore High School in Pleasant View, TN.  Prior to being in education administration, he served as a band director for eight years in Middle Tennessee.  Mr. Baker has directed and taught several award-winning ensembles, both middle and high school, public and private.  In addition to teaching, Mr. Baker serves as composer/designer/arranger/consultant for several high school ensembles as well as an international drum corps.  His compositions and arrangements for marching band, jazz band, concert band, percussion ensemble, and small ensembles have been featured at many concerts, festivals, and competitions.

Haley Santilli is from Franklin, TN and graduated from Middle Tennessee State University in 2016. In the summers of 2011 and 2012, Ms. Santilli marched with Music City Drum Corps and was an Open Class Finalist. She also marched in the summer of 2013 with Troopers Drum and Bugle corps. Ms. Santilli was on the visual staff for Spirt of Atlanta in 2016. She also marched with Lexis World Class Winter Guard in the winters of 2017 and 2018 and was a World Class Finalist in 2017. Ms. Santilli is currently the guard director at Giles County High school in Pulaski, TN and at Independence High School in Thompson’s Station, TN. Previously, Ms. Santilli has worked with groups across Tennessee as well as Northern Alabama, including Sparkman High School, Adamsville High School, Fred J. Page and Spring Hill High School. Ms. Santilli consistently helps her color guards achieve a high standard of excellence, both in the fall and winter activities. She has won multiple Division Two State Championships and well as medaled in both the SCGC and Tri-State circuits. Outside of color guard, Ms. Santilli is a paralegal for a personal injury firm and enjoys spending time with her daughter.